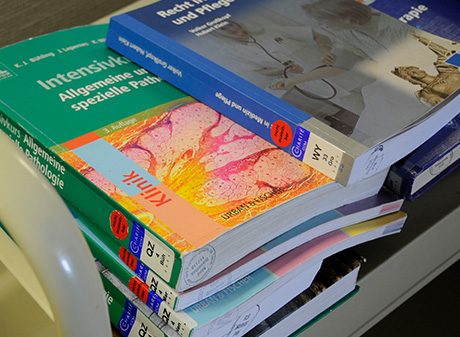 Of these 33 human remains, 16 were in the "S-Collection", which was initiated by anthropologist Felix von Luschan at the former Berliner Museum für Völkerkunde. This collection, which did not grow any longer after von Luschan's death in 1924, changed place and academic institutions for several times, before it eventually came into the custody of Charité when Charité took over the Institute of Anthropology of Humboldt University in 1995. The remaining 17 human remains are from the Anatomical Collection of Charité, which originally belonged to Berlin's Friedrich Wilhelm University.

The remains, which were now restituted, came to Berlin between 1872 and 1911. They were either collected in Australia by German traveling scientists, or local Australian academics (e.g. Australian anatomists, or emigrated German physicians) acquired them and gave them to German researchers or sent them directly to Berlin. German traveling scientists who visited Australia were, among others, the Berlin anatomist Wilhelm Krause (1833-1910), the anthropologist and merchant Otto Finsch (1839-1917) and the anatomist and anthropologist Hermann Klaatsch (1863-1916). How the skulls or bones were actually acquired in Australia could not always be determined, particularly in those cases when local academics had handed them over to German researchers. According to his own publications, Otto Finsch traded human remains with Indigenous Australians, but we must assume that there were also cases of grave robbing.

In Berlin, skulls and skeletons were incorporated into the anthropological collections and were used for research within the paradigm of "race" well established at the time. Within this paradigm, Indigenous Australians were often seen as "primitive" or "wild" and as belonging to a very early stage in the evolution of mankind. As the indigenous population was deemed to be on the verge of extinction, skeletal remains of Indigenous Australians were cherished objects of research and collection activities. These views are indefensible from todays point of view, and it is very difficult today to comprehend the historical "scientific" arguments of such "racial science".

Charité decided to return these human remains to representatives of today's Indigenous Australians, because in this case, the wishes of the Indigenous Australians to have the mortal remains of their ancestors buried in native soil were deemed higher than any potential future scientific value that historical anthropological collections of such human remains may still have.